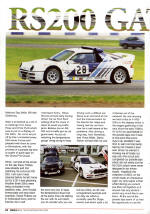 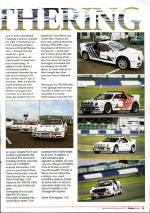 November 2004's edition of "Classic Ford", on page 72, there is a column featuring 4 images of C202HCY complete with red stripes still from a shoot out on July 25th 2004. Owned by Steve Balkwill from Harrogate. It states that he has owned it for the last 7 years

April 2006 - Steve Balkwill. He told me that the car was bought by him from a dealer in Harrogate who obtained it from bankrupt stock, it had no engine at the time but Geoff Page built a high spec engine for it.

He has sent images of another car in CZ that lives in a museum..